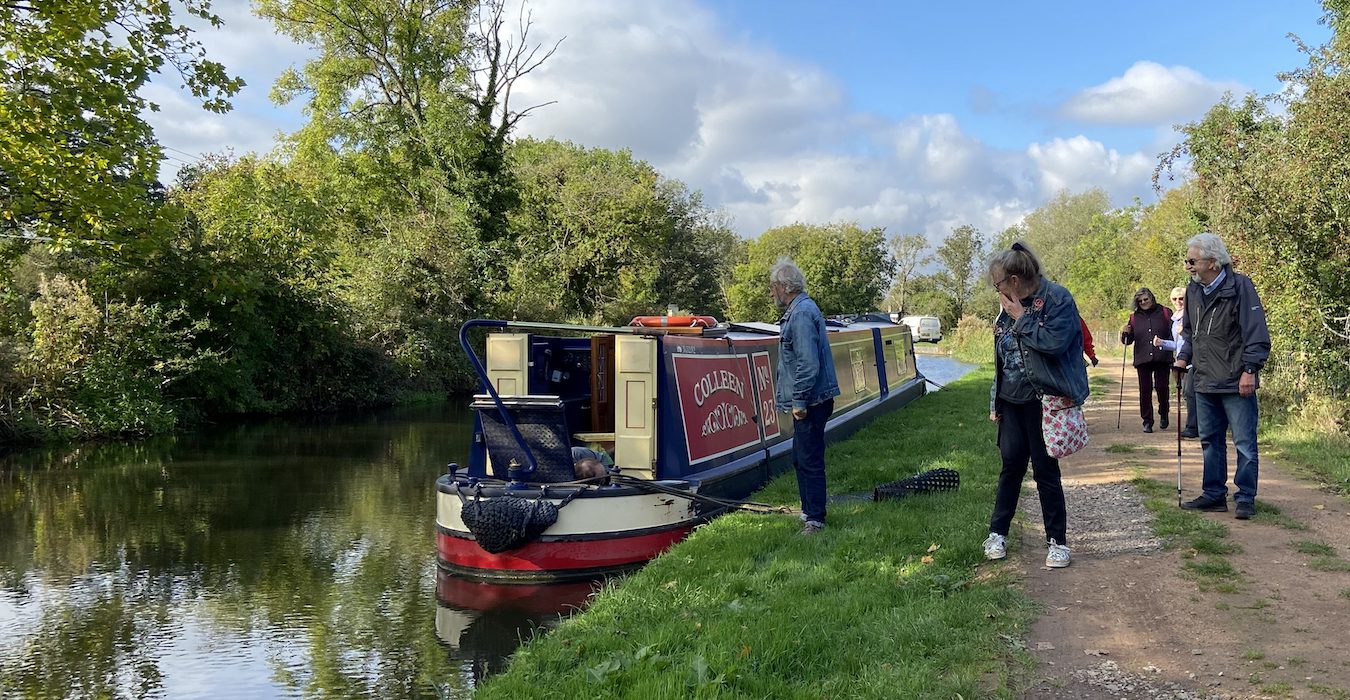 Start from the car park, exit and turn left then walk along Bratch Lane, you will then see the locks on the right behind the white cast iron fencing.

Notice the steps and arch used by boaters when navigating the locks, talk about narrow!

Head back up the locks where you will see the octagonal toll house on the right.

Notice the strip of cast iron running on top of the lock wall, there to prevent ropes of wearing out the brick when horses would have been used to tow narrowboats.

Head past the tollhouse where you will see the top lock and the lock keeper’s cottage.

Notice the overflow channel at before the top lock, which flows down to a pond on the side.

1766 – A group of businessmen, mainly from Wolverhampton, led by James Perry promoted a bill to construct a canal from the proposed Trent & Mersey line at Great Haywood, Staffordshire to the River Severn [1]. The canal is named the Staffordshire & Worcestershire Canal.

1770 – By November, the canal is reported to be completed and fully navigable between Compton (outside Wolverhampton) and the River Severn; therefore, the Bratch Locks would have been completed by this date [2].

1867 – Thomas Toy, a boatman in the employ of Messrs. Crowley and Co. was fined 1s and costs for wasting water and placing a boat in Bratch Locks that was in danger of sinking despite warning from an employee of the canal company [4].

1948 – The UK’s transport infrastructure is nationalised, and control of the locks is passed to the newly formed British Transport Commission, that also become responsible for all inland waterways [5].

1963 – The British Transport Commission (BTC) is abolished, and control of the locks passes again to British Waterways, a statutory corporation wholly owned by the government that take ownership of all inland waterways [6].

2012 – The Canal & River Trust is formed and take control of all inland waterways in England and Wales from British Waterways [8] including Bratch Locks.

2019 – An unexploded bomb from World War Two was discovered by a member of the public in Bratch Locks. The ordnance was moved to a nearby quarry where a controlled explosion was carried out [9].

Bratch Locks consists of three locks and two bridges that use red and blue brick. The two-storey octagonal tollhouse attached to bridge number 48 has doors at the level of both the middle and upper locks; semi-circular arched panels to each face at first-floor level with most containing fixed light glazing bar windows [7].